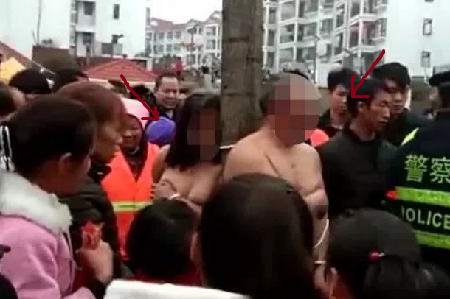 This is a whole new one! LOL. Footage has emerged showing the moment a cheating husband and his mistress were stripped naked and tied to a tree by his furious wife.

The woman allegedly frogmarched the couple into the street before trussing them up in front of a jeering crowd as punishment for the affair.

In the clip, a crowd is seen gathering around the pair in the Mingtian area of China’s Guizhou Province.

Police officers appear to do nothing as onlookers point and laugh and the topless woman desperately tries to preserve her modesty with her hands.


Local media reported the man’s wife, who has not been identified, had caught him cheating on her with his mistress and forced them both to strip n-ked before marching them to the local square.

A preliminary probe concluded that the man’s wife had taken “drastic measures” with the help of her family after what is described as an “emotional dispute”.

It is unclear if any arrests were made. 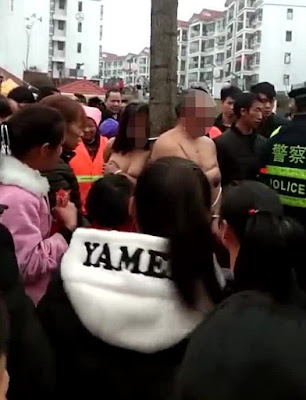 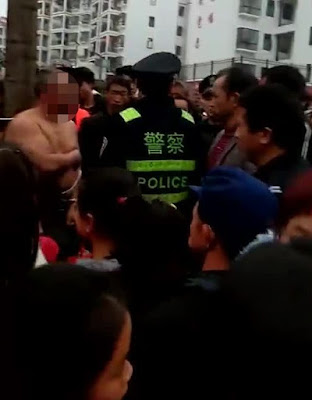