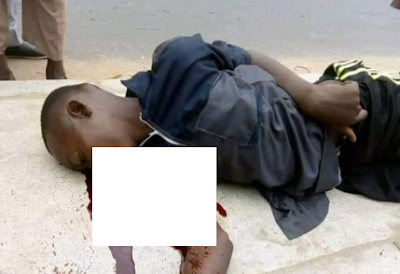 President Buhari has been re-elected a s Nigeria’s head of state for another four years and his supporters are very delighted about it. One of them, a young boy from Taraba was celebrating the President’s victory alongside others along a highway in Jalingo when he fell off a motorbike and died on the spot.

His corpse was later removed from the road by officials.

Also yesterday, a young man in Abuja also lost his life while celebrating the president; victory.