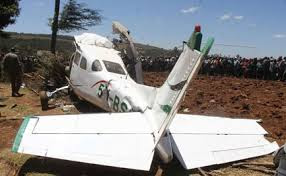 Police said two helicopters had landed on the island's Labolo tented camp on Sunday evening - one flew away safely. The cause of the crash is not known.