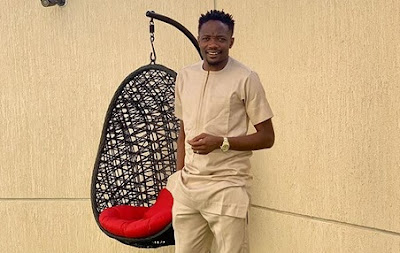 Super Eagles captain, Ahmed Musa, has redeemed his promise to the U-23 side, following their 4-0 win over Libya on Monday evening.

The team were trailing the Libyans 2-0 from the first leg last week and needed a resounding win to qualify.

Musa promised to pay N1million per goal scored. Victor Osimhen grabbed a hat-trick and laid on the assist for the last goal, as the U-23 Eagles marched to victory.

Former Media Officer of the senior Eagles, Colin Udoh, confirmed that the former Leicester City winger has sent the money.


“JUST IN. @NGSuperEagles captain @Ahmedmusa718 has fulfilled his promise of a million naira for every goal scored by the U23 Eagles.

“He has sent N4 Million to the team for the 4-0 win over Libya this evening in Asaba #AfconU23Q #Team9jaStrong,” Udoh tweeted. 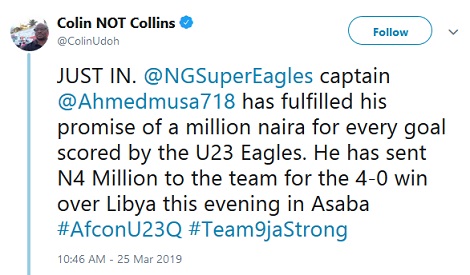