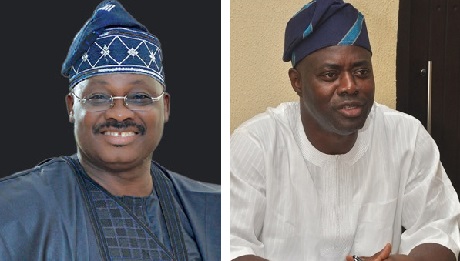 Governor Abiola Ajimobi of Oyo State and the state chapter of the ruling All Progressives Congress (APC) have congratulated Seyi Makinde on his election as the governor of the state.

In a congratulatory message issued by his Special Adviser on Communication and Strategy, Bolaji Tunji, Mr Ajimobi said now that the elections are over, Mr Makinde should ensure all stakeholders are carried along in his administration.

The governor urged the governor-elect to start preparing for the onerous task of governance by putting behind him all the electioneering acrimonies and prevail on his followers and supporters to guard against acts and utterances capable of igniting crisis in the state.