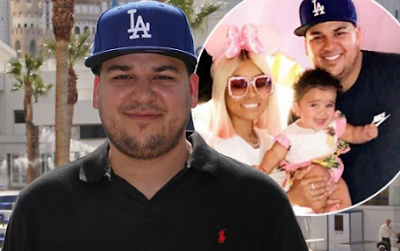 The lengthy battle over child support between Rob Kardashian and Blac Chyna has reportedly come to an end.

Last year, 32-year-old Rob filed documents to support that he could not continue with the payment schedule.

He has been at loggerheads with Blac, 30, ever since.


But The Blast has reported that there has been a breakthrough and the warring couple and their lawyer met for private mediation last month.

It has reportedly now been agreed that Rob will no longer be asked to pay thousands of dollars per month and instead they will both now pay all expenses when Dream is in their custody.
at March 26, 2019