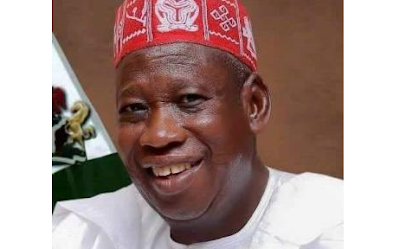 The ruling All Progressive Congress APC has emerged winner of the governorship election in Kano with a margin of 8,982 votes ahead of the Peoples Democratic Party, PDP.

In the result which was declared by the Kano Returning Officer of Independent National Electoral Commission, INEC, Prof B B Shehu, APC polled 1,033,695 while the PDP got 1,024,713 votes out of a total of 2,269,305 accredited Voters in the state.

The incumbent governor Dr Abdullahi Ganduje of the APC is therefore declared winner of the governorship election in Kano.

A total of 50,861 votes were declared as rejected in the whole exercise due to violence and over-voting. However, the collation center was heated up by agents of some parties including the PDP who wanted INEC to address the irregularities that marred the election before declaring the result which INEC declined.