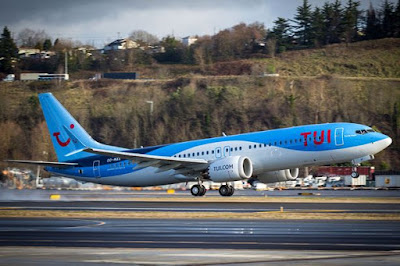 Airlines TUI and Norwegian Air are amongst the carriers that will not be able to take off or land in the UK as they both operate the aircraft as part of their fleets.

The "precautionary measure" was announced this lunchtime. The UK joins Malaysia, Singapore, China and Australia, in banning the aircraft.

It comes days after the Ethiopian Airlines flight went down just six minutes after taking off from Addis Ababa.

The cause of the crash isn't known, but in the aftermath of the tragedy the Boeing model was grounded by a number of countries.


A spokesperson for the UK Civil Aviation Authority said today: “Our thoughts go out to everyone affected by the tragic incident in Ethiopia on Sunday.

“The UK Civil Aviation Authority has been closely monitoring the situation, however, as we do not currently have sufficient information from the flight data recorder we have, as a precautionary measure, issued instructions to stop any commercial passenger flights from any operator arriving, departing or overflying UK airspace.

“The UK Civil Aviation Authority’s safety directive will be in place until further notice.

“We remain in close contact with the European Aviation Safety Agency (EASA) and industry regulators globally.”