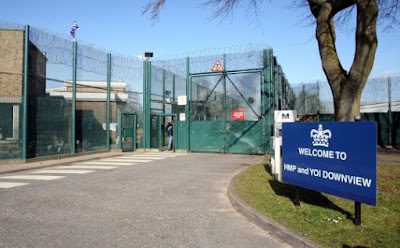 Britain is set to open its first transgender ‘jail within a jail’ in what is also reported to be a first for Europe.

A unit housing only trans inmates will open this week at Downview prison near Sutton, south London, in a building that had previously been named after Josephine Butler, a Victorian feminist.

Downview is a women’s jail, with one source claiming ‘significant concern’ among its 320 female prisoners at the arrival of male-bodied trans inmates, The Sunday Times reports.

A number of prison doctors and governors claim some s-x criminals transition to get access to women. However, the new trans wing will be located in a separate building within the prison perimeter, with an inner fence dividing it from the rest of the jail.


The first three residents are expected to arrive this week.

President of the Prison Governors Association, Andrea Albutt, said the success of the new unit would depend on how effectively the prison protected its biologically female inmates.

Justice Minister Edward Argar said the new policy would ‘strike the right balance between ensuring that all female prisoners are kept safe and transgender prisoners have their rights respected’.
at March 04, 2019