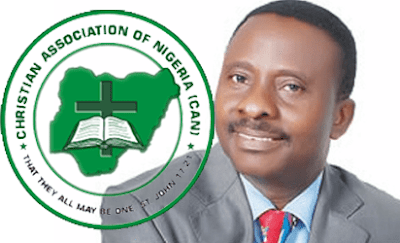 The Christian Association of Nigeria (CAN), has visited President Muhammadu Buhari to
congratulate him on his victory in the recent presidential election.

The Christian body was led to the presidential villa on Friday by its president, Samson Ayokunle.

There were reports recently in the media that claimed that CAN would not congratulate Mr Buhari until the court case instituted by his main challenger, former Vice President Atiku Abubakar was concluded.

Speaking briefly with State House correspondents, Mr Ayokunle said such reports came from “the work of politicians in cassock”.


Mr Ayokunle also said apart from congratulating the president, CAN also used the opportunity to express its worry over the increasing spate of kidnappings and other security challenges across the country.

He said they advised the president to go round the country and only pick the best for his new cabinet.