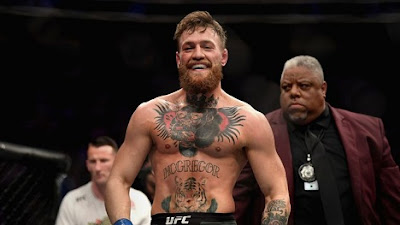 Conor McGregor has announced his retirement from UFC.The Irish fighter took to Twitter this morning to reveal the news.

"I wish all my old colleagues well going forward in competition. I now join my former partners on this venture, already in retirement. Proper Pina Coladas on me fellas!"

McGregor hasn't fought since October 6, when he was submitted by UFC lightweight champion Khabib Nurmagomedov.


After the bout he was suspended until April 6 for a post-fight brawl. And now this announcement! All the best champ!! 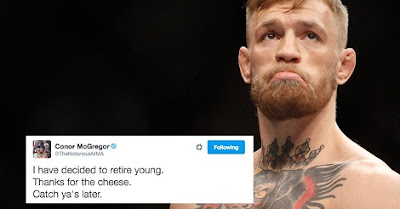