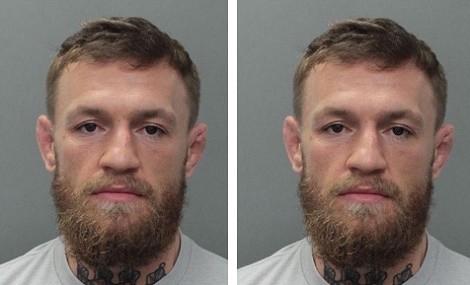 UFC star Conor McGregor has been arrested in Miami for allegedly smashing a fan's phone as they tried to take pictures.

The Irish fighter is being charged with strong-armed robbery and misdemeanour criminal mischief, police said.

A police report says he knocked the phone out of the fan's hand, stamped on it then picked it up and left with it.


"The victim attempted to take a picture of the defendant with his cell phone. The defendant slapped the victim's phone out of his hand, causing it to fall to the floor," a police report said.

It added the alleged victim's phone was valued at $1,000.

In a post on social media following his release, McGregor said: "Patience in this world is a virtue I continue to work on. I love my fans dearly. Thank you all."