COULD THIS BE BRITAIN'S WORST COUNCIL FLAT? 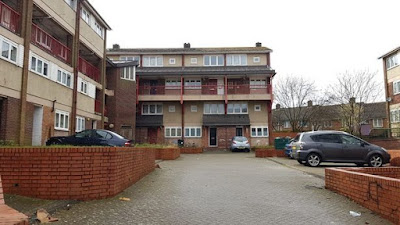 Not even funny! Lol. Residents have told of their daily nightmare living in a block of flats where nappies are thrown out of the window, and people have been caught having s-x in public.

There have also been alleged stabbings, fly-tipping, vandalism and racism.

People living in the high-rise told BirminghamLive their patience had finally snapped.


They said police were regularly called to the flats to deal with domestic incidents including an alleged stabbing and vandalism to vehicles.

Dr Fathi Jamil, aged 75, an academic who lives in the block, said: "There are problems with drug dealing on the car park, police incidents such as a stabbing, robberies, vandalism and fly-tipping.

"I hope the council will help us.

"There is a lot of anti-social behaviour. Some of the people living in the block of flats have no decency and throw nappies out of their windows and onto the gardens.

"The place is strewn with rubbish. There is no pride and concern for each other."

Dr Fathi said he had tried to reach out to people living in the flats but to no avail.

He added: "There is no communication between neighbours. I have tried to organise a meeting with residents to try and discuss the problems and work together but no-one turned up. We don't have the community spirit in this area.

"I want Birmingham City Council to take action and help us.

"We need CCTV installed to try to stop the criminal element using the car park for drug deals and other criminal behaviour. We need piece of mind. People are at the end of their tethers."

Another woman, who lives in the flats but would not be named, said: "I have lived here for 13 years and it has always been the same.

"I won't let my young children go outside because of what some of the bigger children get up to.

"I have seen kids having s-x in the car park. It is awful. Police get called here quite often to domestic incidents in the flats. I know there has been a stabbing. There is open drug dealing in the car park.