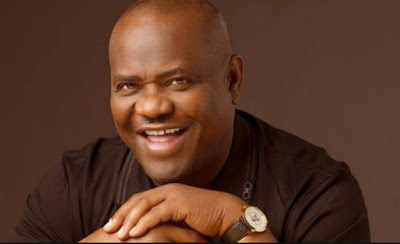 A Federal High Court sitting in Abuja has dismissed the case alleging that Nyesom Wike, Governor of Rivers State, forged the certificate containing details of his birth.

The suit, which was filed by Elvis Chinda, alleged that Wike forged the certificate stating his age in the documents he presented to the Independent National Electoral Commission (INEC). The suit sought to disqualify the Governor, who is seeking reelection on the platform of the Peoples Democratic Party (PDP).

Chinda had a sought a determination from the court on if the birth Certificate (Statutory Declaration of Age) attached to Wike’s Form CF001 presented to INEC was forged.


According to the suit, as at 1986 when the certificate was allegedly obtained, Obio/ Akpor Local Government Areas of Rivers was not in existence, adding that the local government in question was created in 1989 by Decree No 12 of 1989, two years certificate was said to be issued.

Ruling on the matter, Justice Inyang Ekwo noted that the suit at the was filed outside the provisions of Section 285, Subsection 9 the 1999 Constitution, which should have been 14 days after the cause of action had taken place.

The suit was thereafter dismissed.