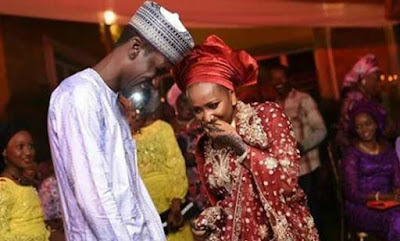 An FCT High Court in Maitama, Abuja, on Tuesday fixed April 4 for ruling in the no-case submission filed by Maryam Sanda, who allegedly killed her husband, Bilyaminu Bello.

Maryam was alleged to have killed Bello on November 19, 2017, through multiple stabbing and was arraigned alongside three other persons.

NAN reports that the three other persons — Maimuna Aliyu, Maryam’s mother; Aliyu Sanda, her brother; and Sadiya Aminu, her housemaid — were charged with conspiracy in the murder case.

They all pleaded not guilty to the charge.


At the resumed sitting, counsel to Sanda, Mr. Olusegun Jolaawo, told the court that the prosecution had no case against Sanda to warrant her to enter defence.

Jolaawo said the evidence brought by the prosecution before the court had been done away with through earlier cross examination of prosecution witnesses.

He urged the court to discharge his client because she had no case to answer.

Counsel to the second, third and fourth defendants, Mr. Hussein Musa, also urged the court to discharge and acquit the defendants because the prosecution had not adduced enough evidence to warrant them to enter defence.

But the prosecuting counsel, Fidelis Ogbobe, told the court that the prosecution had made enough evidence to warrant the defendants to enter defence.

He said there was enough evidence that linked the first defendant and others to the crime, which they had to answer.

Ogbobe, therefore, urged the court to reject the no-case submission of the defendants and compel them to enter defence.

The News Agency of Nigeria reports that the prosecution closed its case on January 22 after calling six witnesses.