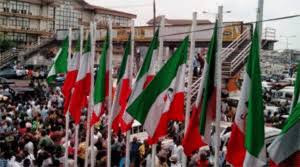 Barely five days to the governorship election, a Federal High Court in Kano on Monday nullified the governorship primary election conducted by the Peoples Democratic Party (PDP,) which produced Abba Kabir-Yusuf as the PDP’s flag-bearer in the state.

The cancellation of the primary election followed the suit filed before the Court, by one of the party gubernatorial aspirants, Alhaji Ibrahim Ali-Amin, who challenged the legitimacy of the process which produced Kabir-Yusuf as candidate.

Al-Amin alleged that the PDP during the primary election “sidelined and booted him out” of the race.