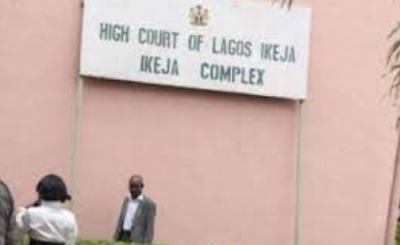 The court ruled that Ashiedu would remain in prison pending advice of the Lagos State Director of Public Prosecutions (DPP).


Prosecuting Inspector Benson Emuerhi, told the court that Ashiedu resident at Haruna area of Ikorodu committed the offence on November, 20, 2015 at his residence.

Emuerhi alleged that the defendant had carnal knowledge of his 17 year-old daughter.

He said the survivor informed her teacher, one Mrs. Caroline of her ordeal in the hands of her father and that the assault started four years ago.

Emuerhi said the matter was later reported at the Gender Section of Lagos State Police Command, Ikeja, by the survivor and her teacher.

Chief Magistrate Sule-Amzat did not take the defendant’s plea after the charge was read.

She ordered that he should be kept in Kirikiri Prisons.

She also ordered the Police to send the duplicate of the file to the DPP for advice.

She adjourned the case till April 25.