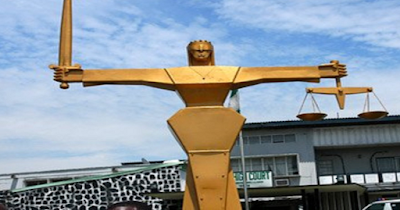 The Court of Appeal sitting in Sokoto State, led by Justice Tom Yakubu, on Monday struck out the judgement of a Zamfara High Court on the All Progressives Congress (APC) primary election that produced the party’s candidates for the governorship, national and state assembly elections.

The court nullified an earlier judgment by the Zamfara High Court allowing the party to present candidates in the 2019 election.

Senator Kabiru Marafa, Chairman of the Senate Committee on Petroleum (Downstream), and 129 others had filed an appeal to the high court's judgement through his counsel, Mr Mike Ozheokome (SAN).


Joined as respondents in the suit were Kabiru Liman-Danalhaji and 139 others represented by Mr Mahmud Magaji SAN as lead Counsel.

The appellants had approached the appeal court challenging the decision on the ground that the Sokoto State High Court lacked jurisdiction to entertain the suit, among others.

Justice Yakubu, who delivered the judgement, which was adopted by two other Justices Tijjani Abubakar and Jamilu Tukur, decided that the lower court failed in its duty to properly evaluate the evidence before it.

“I am convinced that the lower court has failed to evaluate the evidence before reaching the decision" Yakubu said.