Criminals Stuff Drugs, Mobile Phones Into Dead Rats In An Attempt To Smuggle Them Into Prison For Inmates 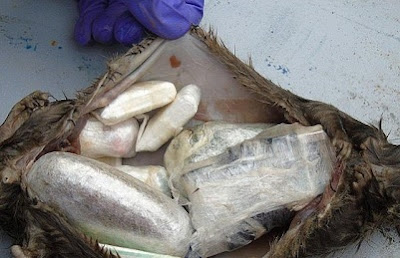 Criminals stuffed drugs and mobile phones into dead rats in an attempt to smuggle the contraband into a prison, it has emerged.

In the first recorded case of its kind, staff discovered three rats just inside the perimeter fence at HMP Guys Marsh in Dorset.

They appeared to have been stitched along their stomachs so the officers opened them, finding five mobile phones and chargers, three SIM cards, cigarette papers and drugs including spice and cannabis.

The Ministry of Justice said the rats were thrown over the prison fence by organised criminals working with an offender on the inside.


Prisons are trying to stem the flow of illegal phones as they can be used to facilitate more crime – but in the 12 months to March 2018, 10,643 mobile phones were found in prisons in England and Wales, up 15 per cent from the previous year.