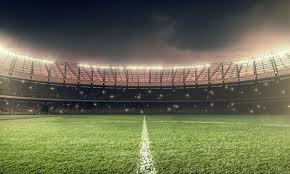 The dad of an England football legend has been charged with r-ping and s-xually abusing four children as young as eight.

Prosecutors say the pensioner repeatedly attacked two girls under the age of 13 and two under 16 in the 1970s and 80s.

He pleaded not guilty to nine historical s-x abuse charges during a court hearing earlier this month and is due to stand trial in the summer.

His former Premier League and England footballer son, who the Mirror has chosen not to name, did not respond when contacted.


Approached at home, his father said of the child s-x allegations: “It never happened.

He is charged with four counts of r-pe, one attempted r-pe, three indecent assaults and one count of buggery.

One of the girls is said to have been under 13 when she was r-ped by him at least ten times, starting when she was eight.

The man is charged with indecently assaulting the same youngster at leasts ten times over the same period.

Three more charges relate to claims he s-xually abused the same alleged victim when she was an adult.

A second girl was under 16 when she says she was r-ped “on at least ten separate occasions” by the man in the late 1970s.

The third was 12 or younger when she was allegedly r-ped by the man in the early 1980s.

His final alleged victim was under 16 when she says he indecently assaulted her on one occasion in the mid 1970s.

Court officials confirmed the man, who is in his 70s, is due to go on trial in August.
He was granted bail after appearing before magistrates earlier this year.

A source said: “Everyone is shocked. He is denying the claims.”

The man, who is due to face a three week crown court trial in August, faces a maximum life sentence if he is convicted.
at March 26, 2019