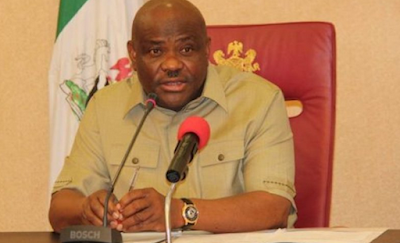 The Rivers state chapter of the Peoples’ Democratic Party (PDP), has called on the Independent National Electoral Commission (INEC), to declare governor Nyesom Wike the winner of the March 9, 2019 governorship election in the state.

The state chairman of the party, Bro. Felix Obuah made the call at the expanded news briefing of the party executives in Port Harcourt, the state capital on Wednesday.

Relying on the results from the unites, wards and Local Governments where the exercise was successfully held Obuah said, “With the available result from the field, I want to assure you that His Excellency (Wike) has won overwhelmingly and INEC should not  waste time in declaring Governor Nyesom Wike the winner and governor-elect of Rivers State.


“We are not worried about what some people are saying; the truth is that with the results from the field, the incumbent governor should be declared governor-elect.”

He claimed that already, INEC has declared PDP legislative candidates winners in the 26 state constituencies and 14 national assembly seats while the African Action Congress (AAC), got no seat, where the election matters have been concluded.