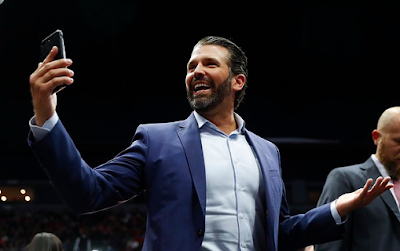 Junior jokes that Michael went from "Avenatti 2020 to Avenatti 20 to 25" ... clearly hoping his foe is going to prison for his role in the alleged extortion plot.

And then, he talked Nike. As you know, he's been accused of trying to extort the shoe company for more than $20 million in return for keeping his silence on alleged misdeeds -- specifically, Nike secretly paid off the families of star high school basketball players in order to direct them to Nike-sponsored colleges.