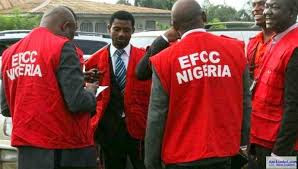 EFCC arraigned the suspect on a five count charge.

The accused person, who pleaded not guilty to all the charges preferred against him, was allegedly caught with document in his possession with intent to defraud unsuspecting members of the public.


In the first count against the accused person, who is also known as Teresa Simon, it was said that, on February 28, 2019 in Ilorin, he had in his possession document in his gmail account containing false
pretence in his gmail account, with intent to defraud, and thereby committed an offence contrary to sections 6, and 8 (b) of the Advance Fee Fraud and other related offences.

It was also said that the accused person in the second and third count had in his possession document titled, Hangout with Rodney Dean, and Hangout with Paul Thompson, respectively, adding that he printed out the document from his gmail account.

Temitope Charles said in his statement that the male adult finder site on his system was meant to appear as woman to find friends and nothing more.

The presiding judge, Justice M. Abdulgafar refused to grant the accused person bail, directing that he should be remanded in prison custody.

He then adjourned the matter till March 21, 2019 for further hearing.