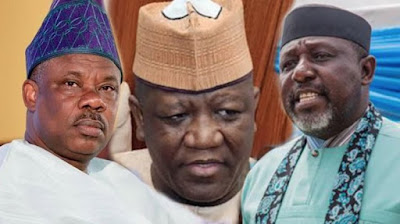 Ahead of May 29, 2019, handover date to newly-elected states helmsmen, the Economic and Financial Crimes Commission has set up teams to probe some governors accused of perpetrating acts of corruption, Sunday Punch has learnt.

At least 12 states will have new governors on May 29 after the tenure of the current ones would have ended.


Of the 12 states, however, four governors have been accused of corruption.

Okorocha, who has been suspended by the All Progressives Congress, has been accused of diverting over N1bn meant for the campaign of his son-in-law, Uche Nwosu, who contested on the platform of the Action Alliance.