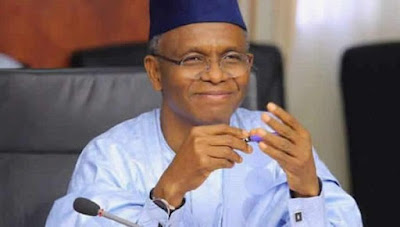 Mr El-Rufai defeated his closest rival with a margin of 231, 259 votes. Elections were held in the 23 local governments of the state on Saturday. The election was contested by 38 governorship candidates.

After a collation that lasted two days, Mr El-Rufai was declared winner by Prof. Muhammed Bello, the state collation officer.