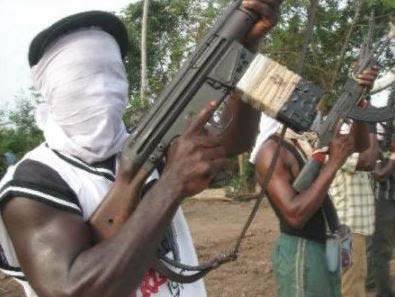 Two men on a motorbike, on Thursday, shot at Nnamdi Nsorom, an aide to the Imo West Senatorial Candidate of the Peoples Democratic Party (PDP) in the February 23 presidential and National Assembly election, Jones Onyereri.

This is just as the Inspector General of Police, Mohammed Adamu, has deployed additional five Commissioners of Police to the state to curtail violence ahead of the governorship election on Saturday.


Mr Nsorom, who is currently in critical condition at the Federal Medical Centre, Owerri, was at the gate to his boss’ house located behind Concord Hotel in the state capital, when the gunmen reportedly sprayed bullets at the gate, which hit him on the chest and arm.

Mr Onyereri was Governor Rochas Okorocha’s major opponent during the senatorial election on February 23, and has vowed to reclaim what he described as his stolen mandate.