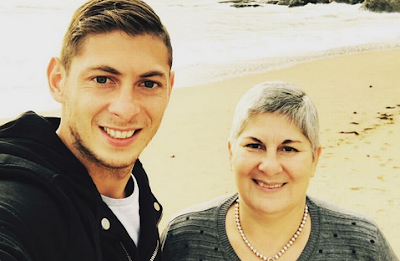 Emiliano Sala's mother has insisted she wants “justice” for her late son as she told Cardiff to pay the transfer fee owed to Nantes.

The Argentine striker, 28, and pilot David Ibbotson were lost on January 21 when their light aircraft crashed in the English Channel.

His mother Mercedes told L'Equipe: “The enquiry is ongoing. I think from now until the end of the year, we will know what happened. We have to be confident. I want justice for Emiliano.

"Therefore I have to have confidence. We wait to understand why and how he died. In what circumstances did he die. Is it the fault of negligence by the airport, the pilot, the agent? I simply want justice for my son. The truth.


"Let justice determine whether there has been negligence, if someone has made a mistake, and has to pay. That those who have something to do with it pay.
Cardiff agreed a fee of £15m with Nantes in the January window.

"Emiliano has signed in front of the press, in front of everyone, so they too have to pay,” she continued.

“Of course, they also conduct the investigation to find out what that it happened, it seems logical to me, but they must honour their word."