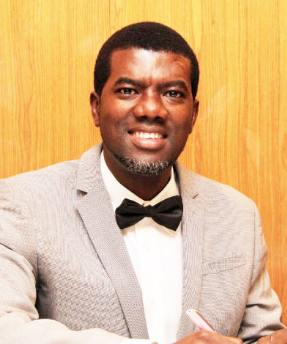 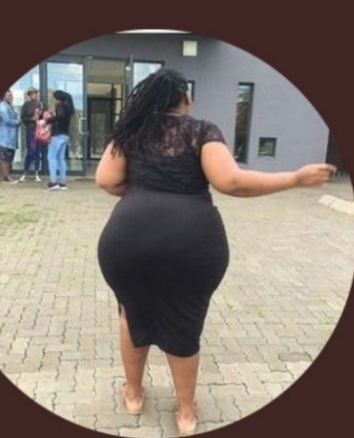 Lol. Reno Omokri and son are touring Amsterdam and a follower of his who resides there, tweeted at him saying will he be willing to have lunch the following day? Reno then replied her, saying, if it’s food eaten or otherwise, there’s none he is interested in as he has enough at home. He also said, her profile photo speaks a lot.

When people then called him out for refusing the harmless invite, Reno then said, the follower could be another Otobo and Festus Keyamo could even work for her for free. Lol… tweets below…

'Dear @Iyke83012262,
Whether it is food eaten on the table or elsewhere, I have enough food in my own home. Thank you very much. Even if I had wanted to mingle with my fans, your profile picture speaks volumes. It radiates something that I have no desire to have outside my home.' 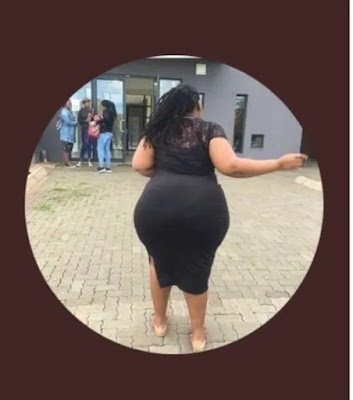 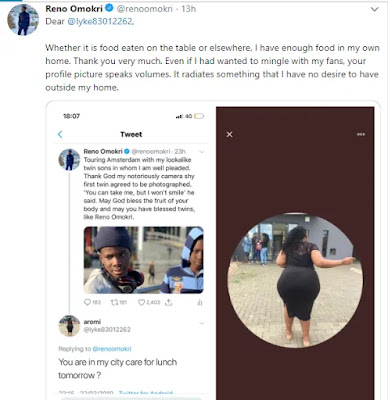 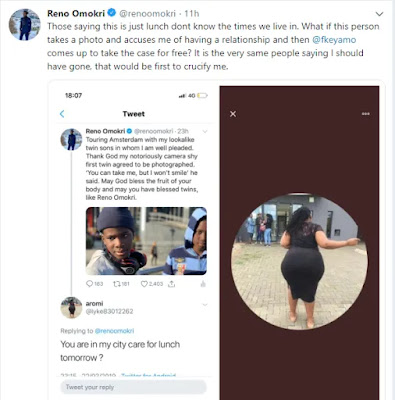