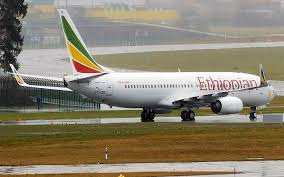 An Ethiopian Airlines Boeing 737 passenger jet to Nairobi crashed early on Sunday, killing 149 passengers and eight crew, the airline said, the same model that crashed during a Lion Air flight in Indonesia in October.

Sunday's flight left Bole airport in Addis Ababa at 8:38 am (0538 GMT), before losing contact with the control tower just a few minutes later at 8:44 am.

"The group CEO who is at the scene right now deeply regrets to confirm there are no survivors," the airline tweeted alongside a picture of Tewolde GebreMariam in a suit holding a piece of debris inside a large crater.