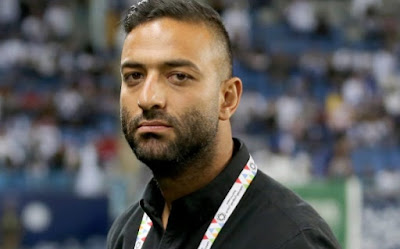 Former Spurs ace Mido faces a flogging in Saudi Arabia after being accused of insulting a fan on social media.

The star was sensationally axed by club Al-Wehda after abusing the supporter on social media, sources said.

After he was asked to step down from his management role, Mido allegedly replied: “pu**y of your aunt’s mother”.

It is an offence under the law of the strict Islamic kingdom to publicly insult a Saudi national.
Punishment for such a crime has previously been flagellation.

Mido, 36, a famous TV pundit across the Middle East, said: “I respect the decision of the board, but my account was hacked and I’m going to use all my legal tools to prove it.”

Trouble flared after a fan wrote to him on social media after Al-Wehda’s latest 4-0 defeat to rivals Al-Nassr left them languishing in sixth place in the Saudi league.

A supporter moaned online: “Please, resign from your rule as Al Wehda coach, we understand your coaching style, but it is not helpful, it is better for you to be pundit, your words is good, but as coach you are not so well.”

The insulting reply then sent from Mido’s account was swiftly deleted.

Later the former Prem star said he had regained control of his social media.
at March 20, 2019