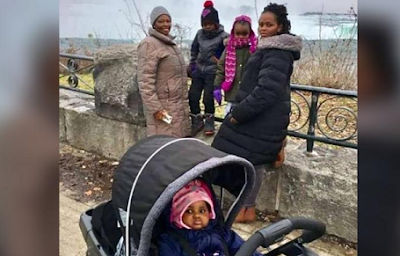 A week before Carol Karanja boarded the ill-fated Ethiopian Airlines flight that crashed Sunday on its way to Kenya, she sent a message to her sister, saying she had an uneasy feeling.

"My heart isn't really excited. I feel like there's something bad ahead, but I don't know what," the WhatsApp message read.

Karanja was traveling from Canada to Kenya with her three children and her mother. She was so worried about the trip, she sent a similar message expressing her fear of the impending journey to her father before she boarded the flight.


Thousands of miles away in Kenya, worried about her older sister's premonition, Kelly Karanja asked her the exact day she'd arrive and told her to pray about it.

"10th. Will let you know the time," Carol Karanja messaged.

Carol Karanja never made it to their Kenyan homeland. She was among the 157 people killed when the plane crashed just minutes after takeoff from Bole International Airport in Addis Ababa.  Also killed was her mother, Ann Wangui Karanja, and her three children: Ryan Njoroge, 7, Kellie Pauls, 4, and 9-month-old daughter, Rubi Pauls.

Rubi was born in Ontario, where the family lived. She was going home for the first time to meet her Kenyan family.