Fayose Prays For PDP To Get Ekiti & Nigeria Back 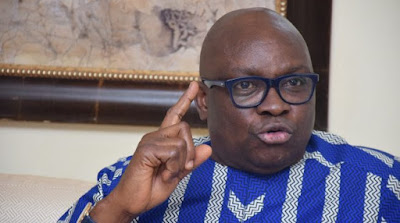 The former Governor is reacting to the declaration of Ademola Adeleke has the Governor-Elect, Osun State.

''They took Ekiti and Osun States by any which way just to avoid the bandwagon effect on the Presidential election. Now Osun has slipped off their hands. By the power of God, Ekiti too will slip and they will ultimately lose the Presidency'', he wrote on twitter. 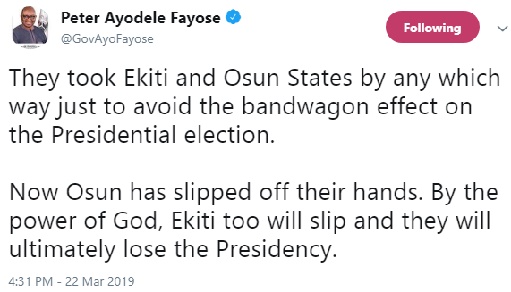