FG, APC Planning To Use Military To Rig Rerun Elections 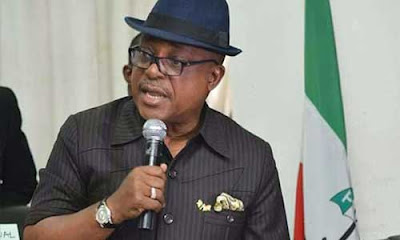 The national leadership of the Peoples Democratic Party has said that the Federal Government and the All Progressives Congress are planning to use soldiers to rig the rerun governorship elections slated for March 23 in six states by the Independent National Electoral Commission.

The party said it based its conclusion on what it experienced during the rerun of the governorship election in Osun State, where it alleged that security men barred journalists, observers and voters who wanted to vote for the PDP from gaining access to polling units.

The PDP also accused INEC of working in tandem with the ruling party to deny it victory in states where it claimed the voters trooped out in large numbers to vote for its candidates.


It would be recalled that the commission on Tuesday named states where such rerun elections would hold as Kano, Adamawa, Bauchi, Plateau, Benue and Sokoto States.

But the National Chairman of the PDP, Prince Uche Secondus, who spoke with Punch correspondent in Abuja on Wednesday, asked Nigerians and the international community to pay attention to what he described as the “antics of the APC and INEC to deny Nigerians the opportunity to freely elect their leaders.”