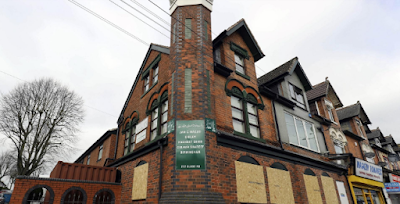 Counter-terrorism officers in central England are investigating attacks on five mosques in which windows were apparently shattered by a sledgehammer.

The attacks in Birmingham are being treated as linked. No motive has been established.

The incidents in Birmingham come just days after an attacker killed 50 worshippers in two mosques in New Zealand. The attack last week prompted many leaders in the U.K. to reach out to Muslims and offer support and reassurance.


In a tweet, Javid stressed that "hateful behavior has absolutely no place in our society & will never be accepted."

Birmingham City Council cabinet member Waseem Zaffar wrote on Twitter that the community "will fight back against any hate and division with love, peace and harmony."