Gory! Thugs Attack Bayelsa Photographer While Bathing Outside His House 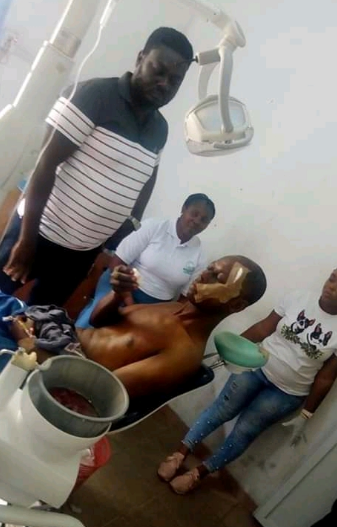 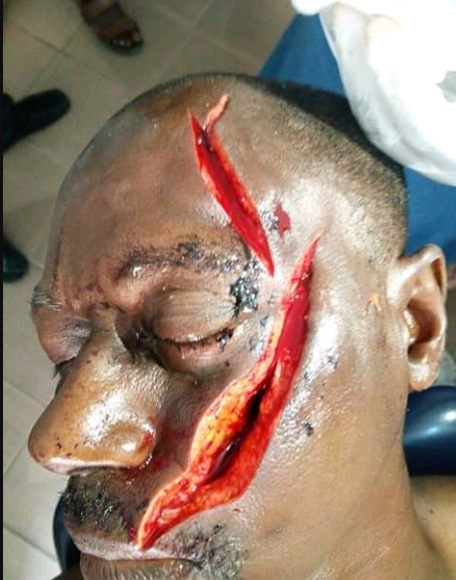 A photographer has been attacked while bathing outside is house in Ogbia, Bayelsa State.  The photographer, Mr. Matthew Eroutor was said to be quietly carrying out the needful exercise, when three masked men attacked him and almost sliced his head into two.

Shortly after the attack, neighbours quickly rushed him to the Federal Medical Centre (FMC), Yenagoa where he is currently been treated. From the first photo, Mr Matthew is responding to treatment. Oga o!