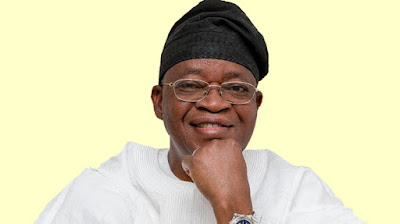 Governor Adegboyega Oyetola has said he is heading to the Appeal Court following the verdict by a tribunal in Osun, upturning his victory at the state’s governorship election.

This is according to a statement by Mr. Wole Oyebamiji, secretary to the State Government of Osun.

In its statement, the Osun State Government informed the people that the judgment of the election tribunal has been put on appeal.

The Government assured the people of Osun that justice will prevail at last, and that the law enforcement agencies have been instructed to maintain law and order across the State.