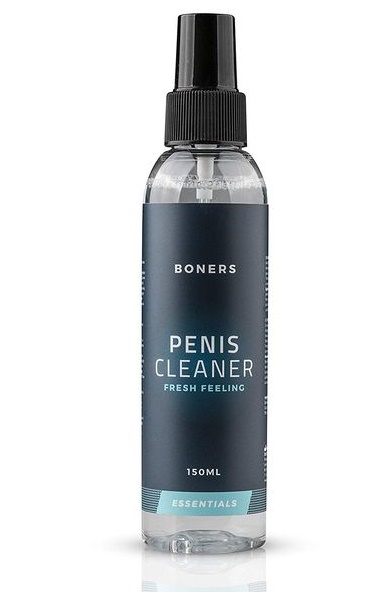 One man recently admitted on national television that he hadn't washed his p-nis in decades.

Men and women watching at home were equally repulsed by the admission, but some also shared their own personal hygiene struggles.

For those that fall into the latter category, there is now a simple, £12 solution for you that's recently hit supermarket shelves and is also being flogged on Amazon.

It's called Boners P-nis Cleaner and some men claim the stuff has left their privates looking "magical" and "smelling like rainbows".


Dad, Dean Murray, was surprised to see a bottle of the cleaner on sale in a Shropshire supermarket.

The 41-year-old shared a photo of it on Twitter , writing: "Oh my god, what is wrong with just a bit of soap and water."

He joked about adding a "squirt of lemon juice" if you wanted to smell fresh - though he doesn't actually recommend men try this at home.

Many people replied to his post, saying they wanted to know what the cleaner actually smelt like.

Well, according to one enthusiastic reviewer on Amazon, the cleaner "smells like rainbows".

Another reviewer also seemed to be a fan of the cleaner, but wasn't impressed by its price tag. 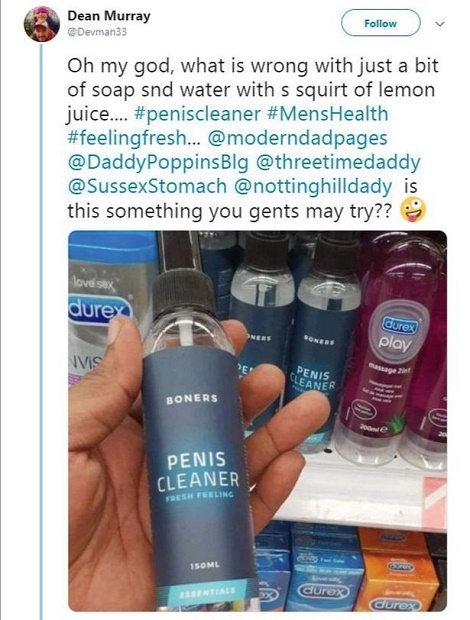