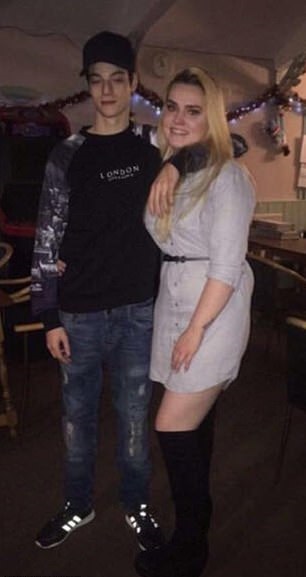 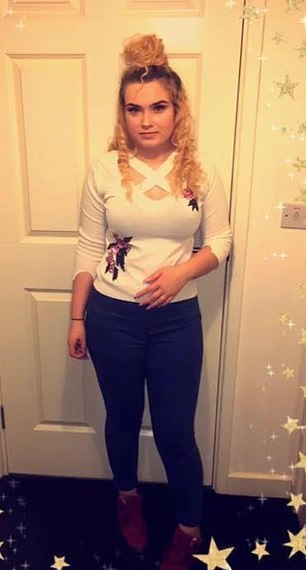 A teenager who watched on in horror as her boyfriend was stabbed to death in front of her has revealed how the killing haunts her one year on.

Shannon Martin, 18, was walking with boyfriend Azaan Kaleem, also 18, last March when a gang of young men pulled up alongside them in a BMW and attacked him.

The brutal assault was caught on CCTV and led to an Old Bailey trial where three of the gang were jailed for murder and another imprisoned for manslaughter.

Miss Martin had known Azaan for six years and the couple had pledged to spend their lives together after he proposed to her with a Haribo gummy ring.


She said she still suffers panic attacks and has cried every day since the vicious attack.

Miss Martin told the Mirror: 'I still have images of what happened in my head, haunting me. They're as vivid and horrible now as they where that day.

'I have nightmares and can't sleep, have panic attacks, can't walk past gangs of lads on the street or even just one lad.'

Miss Martin will have dinner with Azaan's family today on the anniversary of his death, and has spoken to Channel 4's 24 Hours in Police Custody to show the impact of knife crime on families.

Minutes before Azaan was attacked, he had a confrontation with another boy who was cycling past him, with both showing the other they had knives.

Azaan had been carrying a weapon for around a year after being badly beaten up in a previous assault.

The couple were just yards from Shannon's father's house when the gang set upon him, leaving him collapsed in the road.

He was taken to intensive care but had his life support machine switched off after two days.

Four boys emerge from the car and immediately set upon Azaan. One seems to punch him repeatedly – but is actually stabbing him, probably with a bladed knuckleduster he was later found to be carrying.

Azaan is left lying in the road with multiple stab wounds to his back, chest and face, blood pouring out as the gang flee. He died of his injuries in hospital two days later.

The men suspected of killing Azaan were identified thanks to a tip-off from a member of the public and were then rounded up by armed officers.

All four were known to police and one, 19-year-old Reece Bliss-McGrath, driver of the BMW, is shown in the film telling an officer: 'When you're not wearing that badge, I'll slap that smile off your face.' 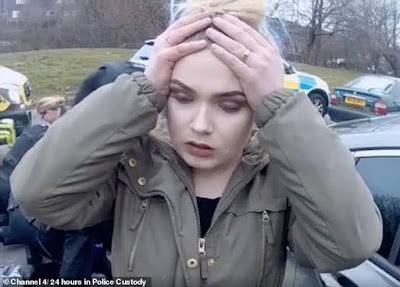 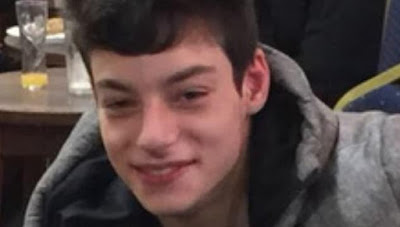 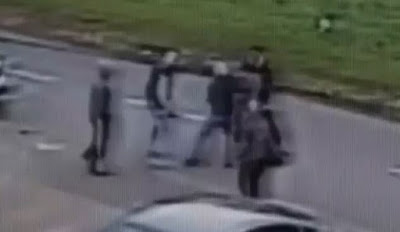 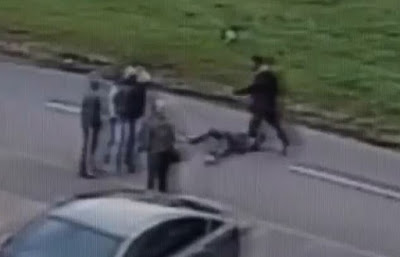 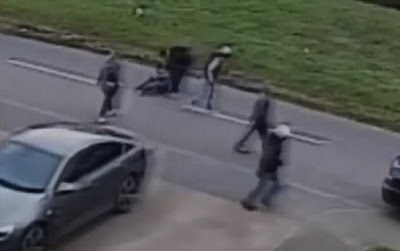