Homeless Man To Spend One Month In Jail For Stealing N1,840 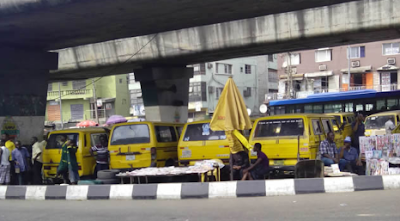 A Yaba Magistrates’ Court on Thursday sentenced a 25-year-old homeless man, Adewunmi Adebanjo, to one month in prison for breaking into a couple’s residence and stealing N1,840.

Oghere ordered that the stolen N1,840 be returned to the complainant.

“Having considered the facts of this case, and noting that the defendant did not waste the time of this court by lying.


“Also noting that the defendant is a first-time offender and coupled with his plea for leniency, I hereby sentence him to one-month imprisonment.

“Let it serve as a deterrent to those with similar intention to commit such offence in the future,” she said.

The police charged Adebanjo, who lives under the Ikeja bridge, on February 28, with breaking and entry and stealing.

The Prosecutor, Sgt. Modupe Olaluwoye, told the court that the convict on February 20, broke into the residence of the couple at 4:00 a.m. at No. 272, Ikorodu Road, Shomolu, Lagos.

Olaluwoye said that the convict entered into the residence of the complainant, Mr Ibrahim Yahaya, and stole N1,840 from the purse of his wife, Khadijah.

She said that Adebanjo injured the complainant on the right hand with a screwdriver while trying to escape.
at March 29, 2019