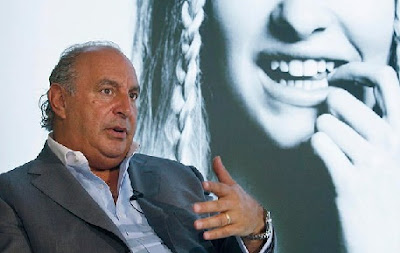 The body in charge of removing honours has said for the first time that it is examining a request to strip Sir Philip Green of his knighthood.

Frank Field, chairman of the work and pensions select committee, wrote to the Honours Forfeiture Committee in February to make the request.

Yesterday he received a reply saying the committee has ‘had sight of’ his letter, a response it had not given previously.

Last night Mr Field said: ‘They’re getting closer. I’ve never had this kind of response before. I wrote to the chair and it looks as though the whole committee has had sight of the letter.’

Mr Field made the forfeiture request after the billionaire, 67, was embroiled in a scandal in which he was accused of s-xual harassment and racist behaviour, which he denies.