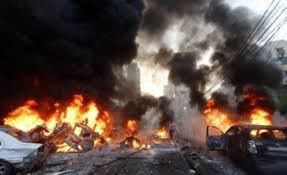 A major Nigerian oil pipeline has exploded, local police said Sunday, forcing nearby residents to flee and raising suspicions of possible sabotage. The Nembe Creek Trunk pipeline runs from an oil terminal in Bonny to the state of Bayelsa with capacity of 150,000 barrels per day. The explosion happened on Friday.

“We have not been officially briefed on the incident, but it occurred,” Bayelsa State Police spokesman Asinim Butswat told AFP.

“No lives were lost as a result of the explosion and we can’t confirm if it was an attack by militants or an equipment failure unless the people managing the facility go there” to determine the cause, he said.