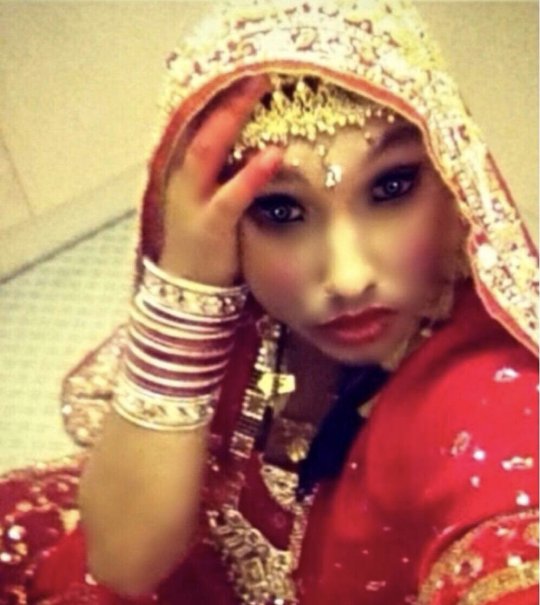 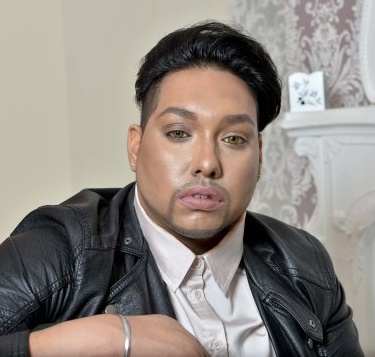 Go parentssssssssss... lol. Shey you are the wife now, you will do house chores tire! You know what? You don't even want to know how this ended.. Savage parents.. READ!

A gay man says he was made to dress as a woman on his wedding day so as not to embarrass his husband’s family. Roy Singh, 29, claimed his mother and father in-law struggled to accept that their son was gay and would only allow him to marry if Roy wore a wig and heels. Roy, of Manchester, said his husband’s mum even started calling him her ‘daughter-in-law’ and made him continue to pretend to be a woman after they had said I do.

He hadn’t yet come out to his own parents because he was afraid that as a Sikh family they would disown him if they found out. He was so in love with his then boyfriend – who he met when he was just 18 – that he agreed to his in-laws demands and moved down to London to live with them.

Roy said that when, after two years together, his boyfriend asked him to marry him, he thought he was in a ‘fairytale’. But that quickly changed when his future mother-in-law got in touch for the first time and they arranged to meet.

He told the Mirror: ‘She said I was very good-looking and her son had chosen well. ‘But she told me that she comes from a big Indian family and there’s a lot of honour involved.

‘She said if I wanted to marry him I would have to dress as a woman on the wedding day. I would also need to pretend to be a woman for a while to convince the community her son isn’t gay.’

He added: ‘I was gobsmacked. I thought, “How did that even come into her head?” She had even brought a basket of women’s clothes and gold bracelets with her.

‘I knew it was going to be difficult us being together as LGBTQ isn’t talked about in the Asian community.

‘I hadn’t even told my own family. But I just wanted to be with him and I would have done anything.’ Roy said that only nine people at the wedding of 450 guests knew the truth of who he was on their wedding day. But hiding his identity didn’t end after their vows. He claims his new family began calling him ‘Lucky’, forcing him to do chores and continue to dress as a woman.

He spent less and less time with his husband and said they began to argue about his treatment ‘constantly’. Roy’s own parents found out about the wedding when they saw photographs on Facebook. He said they disowned him.

When he finally grew enough courage to leave, he had nowhere to go and said he ended up living at a homeless hostel. After finding out some months later that his ex was due to re-marry a woman, he attempted to take his own life. But he was saved and taken to hospital, where his parents were called.

‘They took me back home,’ Roy said. ‘No matter what, when a parent sees a child in that state it makes them see they have to stand by you.’ 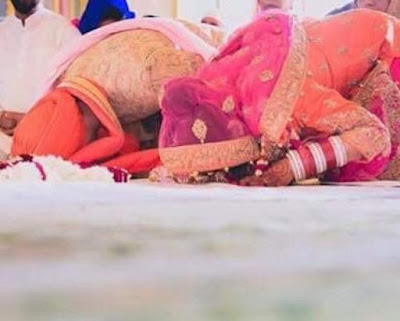