Is This The Most Dangerous Pre- Wedding Shoot? 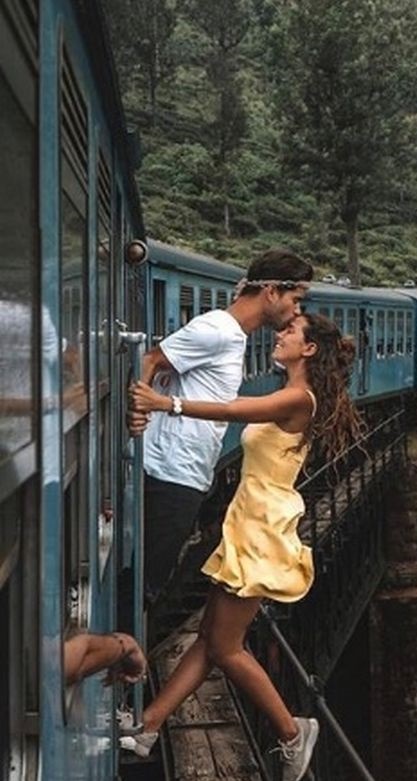 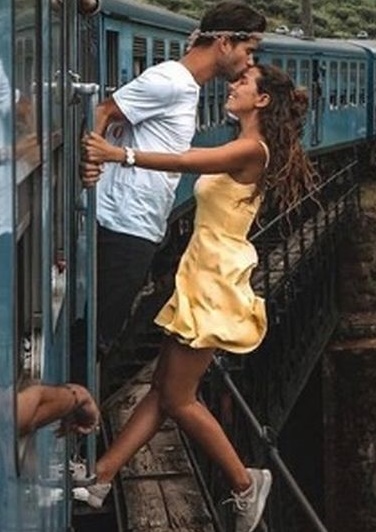 Portuguese bloggers Raquel and Miguel, who blog under the name Explorerssaurus shared two photos from their journey through Sri Lanka.

In the photo they are both hanging out the side of the train holding on to the bars.

Raquel who is the furthest out of the train, is standing on one leg while Miguel kisses her forehead.

The train is travelling over a bridge and appears to be extremely high up over an area of greenery.

Many have slammed the couple for posting the "dangerous" picture, and others are concerned people may try to copy them.

The caption reads: "We are all on a long journey, with problems to solve, lessons to learn, but most of all, experiences to enjoy. For where are you now  and where you will go, for "I've always known" and "I told you so", for "nothing is happening"  and "all has gone wrong"  just go out there and don't wait too long...

"No matter what happens, make sure you always enjoy this wonderful ride called life  When was the last time you went on a trip and where did you go?"

One angry commenter wrote: "Such a irresponsible picture!! Shame to see people who will do anything for social media even risk their lives!!"

A fan added: "Guys think about it! How many people are going to try this on without safety measures. I don't think this should be up on social media. No doubt it's an amazing picture but it's just doesn't deserve to be on social media."

Another wrote: "It doesn't matter how slow the train was moving! It's stupid and dangerous and most importantly you will inspire others to take similar risky and dangerous shots. How do you not understand that?"

But other people loved the photos and defended the couple.

One wrote: "I have to say, as a follower, that this photo has nothing wrong with it. They are not responsible for anyone. If someone else is going to try this "position", it is their responsibility, period. Nothing else encharged on them."