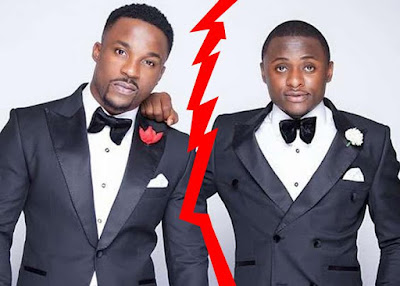 Iyanya has spilled more after Ubi yesterday countered his claims by releasing documents which also carried Iyanya’s name – something Iyanya had denied. Iyanya however says, the real deal at CAC has his name missing and Ubi’s brothers names were replaced with his. He also revealed that Emma Nyra was the one that coined the MMMG. Ubi says their war started when he was in America with Tekno. Hear him;

‘I remember our first fight was when I was on tour in America with Tekno and he told me that Ubi told him I don’t like him, Tekno also revealed how he had made well over 30million since we signed him but Ubi never told me.

Then what spoilt it was when Ubi brought me a CAC form with 400 shares allocated to me but someone called me to confirm and i took a flight to Abuja, I went to CAC and lo and behold I saw the forms I filled but my name was no longer there, Ubi had replaced it all with his brothers. I was totally mad and when I came back to confront him, he was begging me.

WATCH THE FULL INTERVIEW BELOW….