Jusiie Smollet Doing Everything To Fix His Image 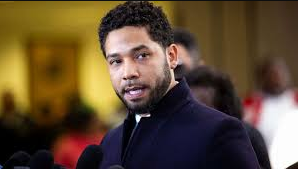 Jussie knows his career is on the line, and he's tasking his team with pulling off the highly improbable -- making him likable again.

Sources close to the "Empire" star tell TMZ ... even though his criminal record's scrubbed clean, he's in crisis management mode to repair his public image. They are told he has ordered his team to come up with a plan to fix that pronto, because if they don't ... he's screwed professionally

Their sources say Jussie's open to anything that will give him an opportunity to tell his story and convey he's not the bad guy.

They are also told he is down for interviews, appearances and going outside of his comfort zone if it means getting a chance to connect with an audience ... because he knows if he does nothing, he'll never get work again.