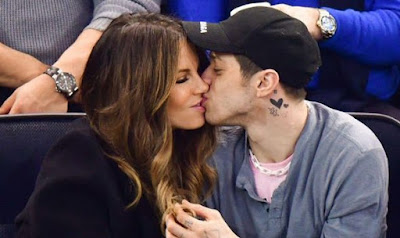 Kate Beckinsale, 45, and Pete Davidson, 25, left no doubt as to their romantic status when they attended a hockey game together in New York on Sunday.

The new couple could be spotted kissing in the stands as the New York Rangers played against the Washington Capitals down below.

As Pete leaned in toward Kate, it was possible to catch a glimpse of the heart neck tattoo he got for Ariana Grande, whom he was engaged to until this past October.

The pair were also seen holding hands and laughing with each other during the game, and at one point Pete rose to his feet and triumphantly threw up his arms.


Kate has been the subject of weeks of rumors that she is dating Pete, who is five years older than her daughter Lily Mo Sheen. 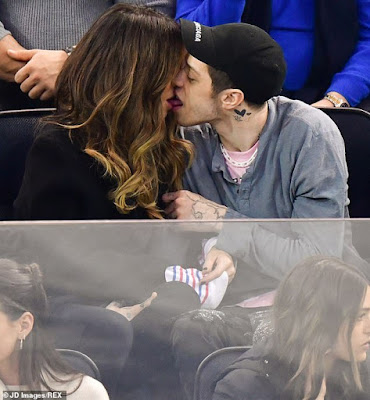 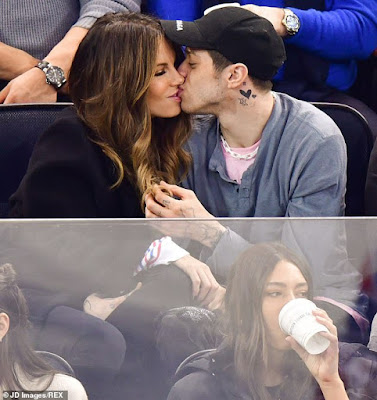 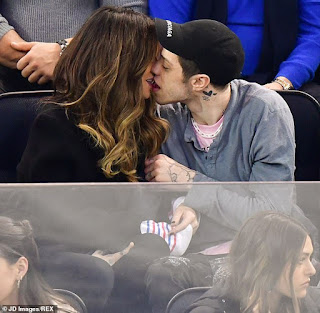 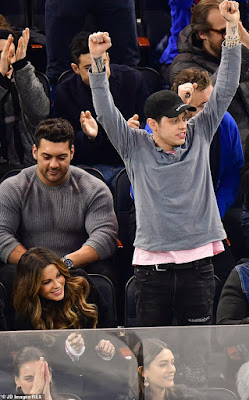 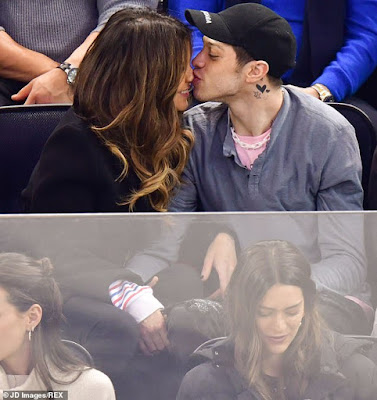