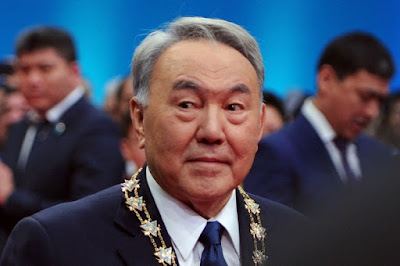 Kazakhstan’s President Nursultan Nazarbayev unexpectedly resigned on Tuesday after three decades in power, in what appeared to be the first step in a choreographed political transition that will see him retain considerable sway.

Known as “Papa” to many Kazakhs, the 78-year-old former steel worker and Communist party apparatchik has ruled the vast oil and gas-rich Central Asian nation since 1989, when it was still part of the Soviet Union.

“I have taken a decision, which was not easy for me, to resign as president,” Nazarbayev said in a nationwide TV address, flanked by his country’s blue and yellow flags, before signing a decree terminating his powers from March 20.