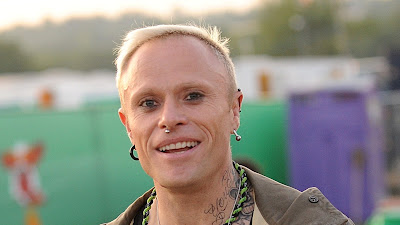 Keith Flint was found hanged, an inquest into his death has head. News of The Prodigy frontman's passing was confirmed last Monday and his bandmates later claimed he'd taken his own life.

Now the official inquest into his death has opened after proceedings began at Essex Coroner's Court in Chelmsford this morning.

During a two-minute hearing this morning, Coroner's officer Lynsey Chaffe said Flint's provisional medical cause of death is hanging.

She said: "Police attended, all protocols were followed and his death was confirmed as not suspicious."

A post-mortem examination was carried out at Broomfield Hospital on March 7 and the provisional medical cause of death was recorded as hanging.

Ms Chaffe said this remains under investigation while toxicology reports are awaited.

Senior coroner for Essex Caroline Beasley-Murray opened and adjourned the inquest until July 23 for a full hearing.

The death of the music star, 49, sent shockwaves around the world after the sad news was confirmed last week.

Keith's heartbroken bandmate Liam Howlett attempted to give fans some answers about what happened.

In a post on social media, he wrote: "The news is true, I can’t believe I’m saying this but our brother Keith took his own life over the weekend.
Keith hanged himself at the Essex home he used to share with wife Mayumi Kai.

Keith was married to DJ Mayumi in 2006 , however according to reports, they are thought to have been separated at the time of his death and has yet to break her silence.