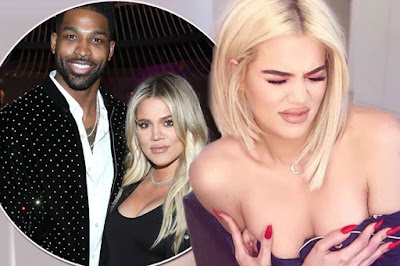 She's gone through painful heartbreak and now Khloe Kardashian is apparently ready to put the past firmly behind her - and that includes her body.

Even though she's in incredible shape, the mum-of-one is reportedly planning a major plastic surgery overhaul to help get over Tristan Thompson cheating on her with Jordyn Woods .

It seems the 34-year-old Keeping Up With the Kardashians star is following the same path she took after splitting from Lamar Odom and reinvent her look with a 'revenge body', but this time by going under the knife.

According to Heat magazine Khloe wants to undergo a secret boob job, liposuction and get "higher cheekbones like Jordyn".

The source told the publication that Khloe wondered what she was missing and that plastic surgery could be the answer.

"She's going to get bigger boobs and she also wants higher cheekbones like Jordyn. Then she's planning on lipo on her butt and stomach," they claimed.

It's thought that Khloe may not tell anyone about the surgery and head off to a spa to get the secret operations.

Her friends and family have reportedly told the heartbroken mum she doesn't need any but apparently "she just feels too insecure".