Lady Who Bailed R Kelly Out Gets Bomb THREAT 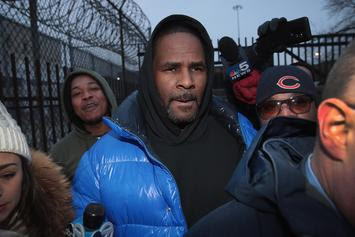 The woman who paid for R. Kelly's bail has reportedly received a bomb threat at her one-time workplace, which just so happens to be a daycare.

CBS Chicago reporter Brad Edwards tweeted out the news Sunday, saying multiple people had called in a bomb threat Saturday at a local daycare Valencia P. Love either currently works at or used to work at.

Edwards goes on to report that Chicago PD doesn't have anyone in custody and that the local bomb and arson squads cleared the scene.

Interestingly, the status of Love's employment at the daycare is a bit hazy. She's reportedly still listed as a "registered agent" there with the Illinois Secretary of State. But, according to local outlets, the daycare itself and the Dept. of Children and Family Services says Love no longer works there.

You'll recall Love posted the $100k bond R. Kelly needed to get out jail in Chicago last week. She also posted a lengthy statement afterward, saying R. Kelly wasn't a monster and that she was inclined to believe he's innocent of the charges he's facing.

What's morbidly ironic here… a gun threat was called in just a few months ago during the NYC screening of "Surviving R. Kelly" which cleared the building and postponed the event. Law enforcement sources told TMZ at the time that a person of interest with a Chicago area code was being looked into.

Chicago PD later confirmed the details of the bomb scare to TMZ ... saying multiple calls came in Saturday reporting a bomb threat, adding that the daycare center was evacuated. Luckily, no one was injured but cops are still investigating.
at March 03, 2019